Photos of the Dr Feelgood night! 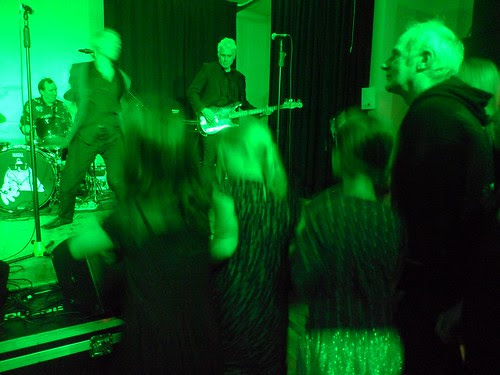 PMH
Posted by The Haygarth Family at 14:25 No comments:

Dr Feelgood - Back in the Night - Whittington

Another clip thanks to Geraint Johnes

PMH
Posted by The Haygarth Family at 14:20 No comments:

PMH
Posted by The Haygarth Family at 14:19 No comments:

Hello folks, you will have seen the news that we are all sold out for Saturday, which is exciting, it will be terrific to see Dr Feelgood and co in such a buzzy atmosphere.

A few pieces of information to help you for Saturday....

Directions
Can be found here - the hall is in the centre of main street, you cannot miss it.

May DJ
May DJ will be playing some blues and boogie between acts to keep your feet dancing – from blues legends to boogie classics all from his collection of vinyl oldies. Expect to hear some tunes you know and others you want to add to your collection.

Black Cat
Black Cat is a blues-funk-rock quartet from the Lune Valley that mixes up blues, rock and funk. They will be releasing their brand new album on the night that was recorded at BBC Salford. You can find out more about Black Cat here.

The Manakin Birds
A troup of highly energetic and passionate dance artists who have created an innovative dance company. Inspired by 1930′s Appalachian flatfoot dance, traditional English clog and tap dance we have mixed these genres up to create a new contemporary cocktail, of  (highly appropriate!) “feel good” dance. More about them  can be found here.

We will have a live raffle draw.  Please support our raffle, we are a not-for-profit organisation and we need every penny we can to underwrite future events.

Dr Feelgood
Need no introduction but here is the link in case.  It will be amazing to see them in our village hall.

There will also be a bar
Serving Milk and Alcohol....and an opportunity to purchase merchandise from the artists.

Please note the evening will be mostly standing and dancing, we do not plan on having many chairs in the hall.

I hope to post more information as the week goes on...watch this space.....

PMH
Posted by The Haygarth Family at 11:59 No comments:

Dr Feelgood sold out in the Lune Valley

Sorry, all tickets gone for 7 December. 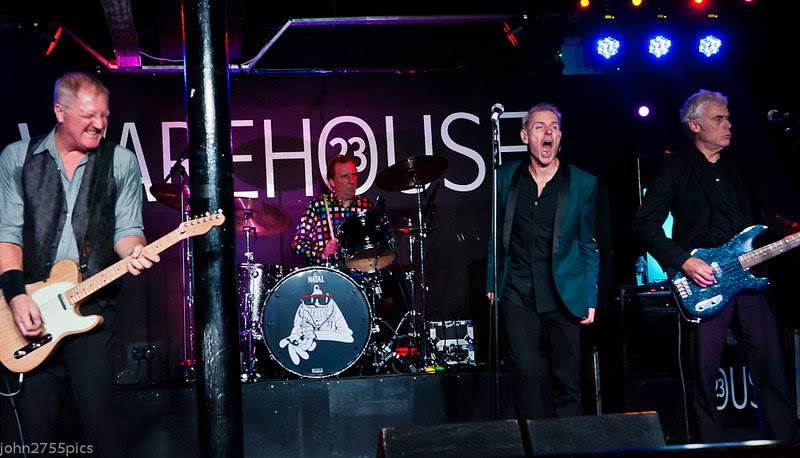 Posted by The Haygarth Family at 14:57 No comments: 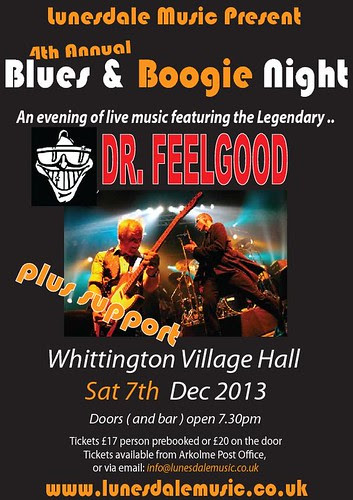 Dr Feelgood, a photo by Phil Haygarth on Flickr.
The original & legendary Dr Feelgood are coming to play in Whittington Village Hall in the Lune Valley!! We asked them and they said yes!! See them as part of their UK tour, in a small Village Hall near you, it does not get much better than this folks.

Tickets are £17 in advance. Please email us: info@lunesdalemusic.co.uk
Posted by The Haygarth Family at 07:10 No comments: 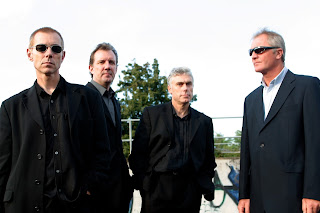